On Being An Adult Who Loves Disney

I think there can sometimes be this negative perception of adults who are Disney fans. A lot of people don’t get it or think it’s weird. I thought I’d do some explaining.

I actually had most of this post already written in my notes app (where most of my posts are born) and decided to finish it and post it after reading this blog post by Heather Bien. Heather shared that she’s never been into Disney but actually had a great time in Walt Disney World.

I’m structuring this post as a q and a. I have personally been asked some of these questions and others are questions I’ve seen pop up here and there online or that I’ve heard asked to other people.

Questions for adults who love Disney

How do you afford Disney vacations?

I make it no secret that I try to be budget friendly on the blog and in my life. However, Walt Disney World vacations can be far from budget friendly.

I save forever. I pretty much started saving for my upcoming Disney trip when I got home from the last ( although I did think I was going back earlier in the year). I also am not funding the entire trip myself. My mom and I split everything 50/50 which I know is not a luxury families heading to Disney have.

Why do you like Disney so much as an adult?

Oh yes, the ultimate question. I’ve never personally been asked it, but it’s one of heard said about other people (in a mocking sort of way) and one I’ve seen all over the Internet. So here’s my reasoning.

I wasn’t always a huge fan of Disney as an adult. I’d say that really started just a couple years ago. I of course grew up on Disney movies like many of the kids of my generation and even when I tried to play it cool, I still liked some Disney stuff into my teens.

What really got me back into Disney was YouTube, specifically Walt Disney World trip videos.

While not every Disney movie is perfect, I do think since the 90s Disney has gotten increasingly up with the times. There are female heroes, more diversity in characters, and storylines that resonate with today’s issues (have you ever seen Zootopia? If that’s not a movie about racism I don’t know what is).

All in all Disney is an escape, especially the theme parks. With all of the chaos in the world it’s nice to feel carefree from time to time.

What is there for adults at Disney?

Thrill rides, in fact Disney has some of the most state of the art rides (I’m looking at you Flight of Passage).

If you aren’t into thrill rides, there are great boat rides you can take out to different resorts.

I’m not much of a drinker but there’s this tradition that has been started of “drinking around the world” in Epcot. Some people will also eat around the world. The idea is to get a drink or food item in all of the 11 countries In the World Showcase. Basically if you want to get some delicious global cuisine and drinks Epcot is a great place to go.

The Disney Boardwalk Area is another really fun area with restaurants and bars.

Again the World Showcase is great for this, but there’s also Disney Springs. Disney springs is essentially an outdoor mall just off of Walt Disney World proper. There’s tons of shopping and restaurants, a bowling alley, and a movie theater!

Learn my tips for planning a Walt Disney World vacation

Why don’t you vacation somewhere else?

I think it’s just like anything that becomes tradition. Some people take yearly trips to the same beach, others head to visit family every year.

The reason I’m heading back to Disney, especially now, is that there is so much to see and do that I feel like I didn’t get to experience everything last year. In fact I know I still won’t have experienced even half of what Disney has to offer after this trip.

That’s the real answer to top all of the rest. Why not just let loose and have fun?! Escape the real world and get into the Disney Magic. You won’t regret it. 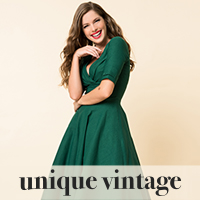 A full face of makeup is a rarity anymore, but pla

A few of my favorite things lately 💕 . . Over o

Thought we could all use a little JOY this morning

One more little touch of Halloween. This area has

I’m thinking adding some tights and a cozy cardi

Any cookies that may not be particularly necessary for the website to function and is used specifically to collect user personal data via analytics, ads, other embedded contents are termed as non-necessary cookies. It is mandatory to procure user consent prior to running these cookies on your website.